Automation and robotization of the industry - how to start?

Everyone knows that more and more Enterprises are implementing solutions related to Industry 4.0. These technologies improve efficiency, strengthen competitiveness and ensure high quality resulting from precision and 100% repeatability that robots provide. However, we often hear questions about where to start implementing industrial collaborative robots. We offer several proven solutions to make robotization of processes easy. First of all, see our e-books prepared on the basis of many experiences from numerous implementations in various industries. Secondly, we encourage you to contact us and see the HCR robot in action, in addition, we will tell about grippers, sensors, conveyors, vibrating tables, vision systems and other elements that make it possible to robotize any type of production. 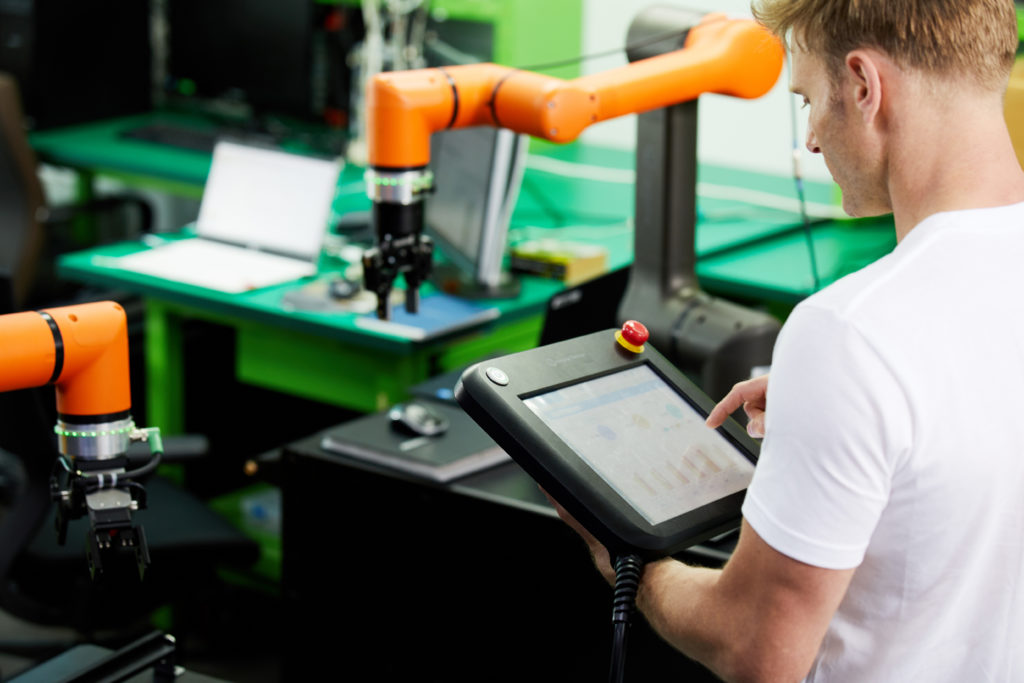 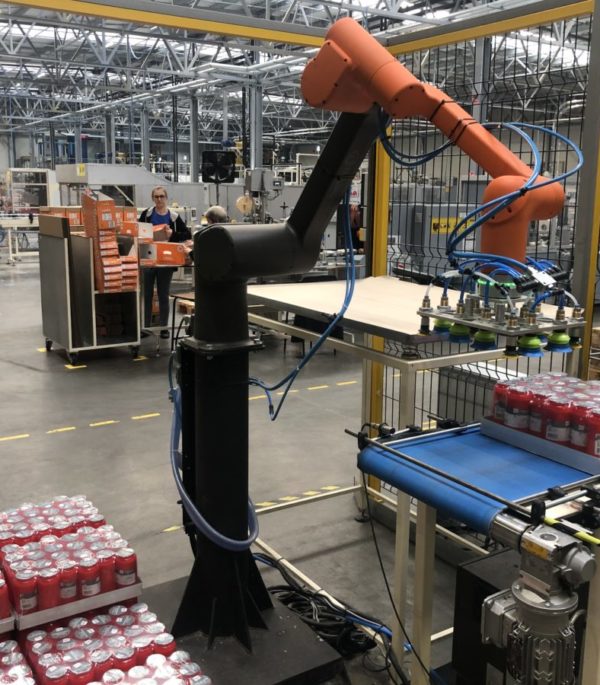 Production automation is a process that focuses on optimize the production process and, as a result, increase efficiency. Historically speaking, production automation has been with us for many years. Recently, it is particularly visible through the popularization of robotics. Even 50 years ago, robotics were reserved for large factories, mainly from the automotive industry, which produced long series of the same products. Robotics today is a wide variety of areas: industrial robots, collaborative robots cobots, mobile robots, service robots. A collaborative robot today plays a special role in universal robotization. Its great advantage is that it is easy and quick to program by intuitively showing what to do. You no longer need to write complex algorithms in complicated programming tools. As practice shows, already several dozen minutes of training will allow anyone to program simple activities on the HCR robot. In turn, a few hours of training will allow you to take advantage of the advanced functions of modern Cobots and connect them with machines or production lines. HCR cobots also provide the opportunity to work safely with people. In the event of unplanned contact with people, Cobot will simply stop and withdraw. As a result, there is no need for him to build safety cages, and in the plant itself it takes up very little space. These features make it a flexible tool even for short- and medium-run production in all production plants.

Where and how to implement collaborative robots?

We invite you to contact our Engineers, talk and learn about the specifics of your production processes. We will combine process knowledge with our knowledge of robotics and experience from many implementations. We will prepare a concept of robotization to suit your needs supported by calculations of individual stages of the process along with a detailed simulation of the rate of return on investment in robotization. From now on, robotization of the industry can be easy and effective.

Take advantage of our training - robotization of production

We invite you to take advantage of the on-site training and OnLine Academy, where you will learn how easily automation and robotization of production can be implemented in your company. We will show many examples, we will familiarize you with the specifics. Thanks to the extensive training offer, collaborative robots will have no secrets.

We invite you to trainings where you will learn about HCR robots. Our trainers will show you how to easily and quickly implement the HCR robot.

Robotization of production lines - how do others do it?

See numerous videos of HCR collaborative robot implementations and typical applications. You can learn more about the specifics of cobots’ work using examples and accumulated experience.

Find the right application for you and see in numerous videos how effective and precise HCR cobots are.

See where HCR collaborative robots are most commonly used. Discover the specifics and benefits of their use in industry.

Previously used industrial robots required expensive programming, a large amount of space, basement and security cages. This meant that it was used mainly in high-volume production and the implementation process itself was lengthy. On the other hand, production automation based on Cobots provides an easy, fast, precise and efficient tool to strengthen production processes, which returns after 6 months. It’s harder for a better investment. I think that is the key to effective production in such applications as: machine operation [CNC, presses, injection molding machines] and production lines, packaging, screwing, testing and control, palletizing, welding, polishing, gluing, painting and many others where the robotic arm precisely carries out its tasks for 24 hours. The collaborative robot is a response to the emerging barriers to the development of enterprises, even small and medium-sized enterprises of any production nature.

We can use collaborative robots in almost any application. Below we show typical applications that are used in various industries. 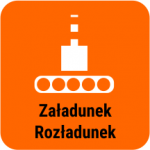 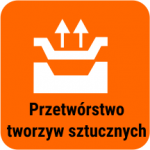 Loading and unloading injection molding machines, cutting off infusions, quality control of molded parts based on their weight and vision standards, labeling, packaging for collective packaging. The cooperating robot perfectly carries out the automation and robotization of injection molding machines and operations that have been performed by operators so far, implementing them in an accurate and repeatable manner 24/7/365. 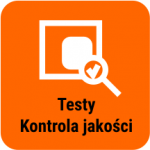 Tests and quality control are activities that require 100% repeatability and accuracy. Robotic testing and quality control ensures increased efficiency and minimized errors. Particularly important are inter-operational tests, control of the final product, which allows you to precisely control the quality. Each control activity is recorded in the system. And all this in a repetitive way. 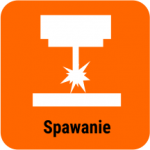 Welding has always required skill, experience and precision. And despite this, welding is a very exhausting process and it is difficult to ensure the quality and performance of the operator in the long run. Cooperating robots based on which welding robots and welding cells are built ensure easy programming of welding paths with the possibility of importing them from CAD / CAM software. 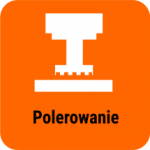 Polishing is a process that requires a precise sense of strength and repeatability. Cobots equipped with force sensors are perfect for polishing, grinding and surface treatment in many industries. The industrial robot using the force sensor can select the position and inclination of the polishing tool depending on the information received in the X / Y / Z axes, and the additional use of the vision system provides the possibility of choosing areas for polishing.

PCB / ICT support is work related to high precision resulting from the delicate nature of electronic components. So far robotization has been available for large and repetitive series. Collaborative robots ensure robotization in small and medium series. And all this thanks to the flexibility and easy programming, which is especially important in the robotization of the electronics industry and EMS suppliers. 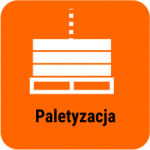 Palletizing is a monotonous activity that causes damage to health. At one of our clients we counted that during a day, employees reload up to 80 tons of products, working in less ergonomic positions. The use of cobots allows for efficient and flexible palletization of variable production batches. From now on, palletizing robots and palletizers based on collaborative HCR robots are available for all company sizes. 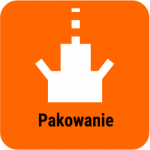 Packaging, mixing products, promotional sets is a repetitive activity that requires frequent changes. In this industry, production accumulations are often encountered, especially in high purchasing seasons. The solution to the problem of meeting the market requirements are collaborative robots that can accurately and efficiently pack any products on the production line or in production cells. From now on, robotic packaging and collaborative robots packaging machines are available for all production volumes.

Machine operation is one of the main Cobots applications. Bearing in mind the grippers that adapt to many shapes, you can teach a robot how to unload and load the machine within a few minutes. It does not matter whether we are talking about robotization of machine operation, automation of CNC machines, hydraulic presses, punching machines, revolver presses, lathes, milling machines or drills. 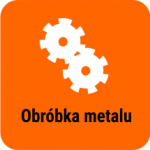 Metalworking support is a process that requires durable and accurate tools. Such is the industrial collaborative robot HCR, which has a completely metal housing and is adapted to continuous operation in difficult conditions. As part of metalworking, we can robotize riveting, drilling, screwing, surface treatment, loading machines, production lines and nests. 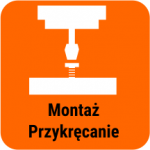 Installation is an activity that requires precision on the one hand and is susceptible to routine due to employee fatigue on the other. Cobots are a great tool for automating the assembly and robotization of production lines. They provide the possibility of screw robotization, automation of latching, labeling, packaging, marking, workplace testing and many other assembly operations. 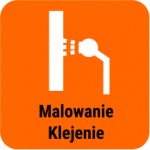 Painting and gluing are processes associated with difficult conditions and the need to ensure precise dosing of chemical substances. The robot with a dosing nozzle allows you to fully optimize the use of chemicals and, in addition, freeing people from working in difficult conditions. Not without significance is the fully repeatable work result in the form of high-quality coatings. Robotic gluing, painting automation becomes easy and quick to implement even in short series. 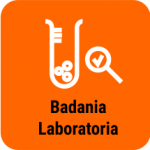 Robotization of laboratories, automation of sample handling and tests allows for precise placement of the tested material in machines, testers, spectrometers or analyzers. Each sample can be labeled, the codes from the labels are read and recorded in the system. And all this in a repetitive way. Our robots are certified Cleanroom class 2, which allows them to work in particularly demanding conditions.

Automation and robotization of production lines, implementation of automated production cells increases the efficiency and quality of production. Robotization ensures the automation of a number of activities ranging from handling, transport, assembly, marking, packaging and quality control. An important result of automation is high quality and repeatability of processes. It is worth mentioning the increase in productivity resulting from 24/7/365 work. Robots can support companies with monotonous, exhausting, repetitive and often dangerous works that require concentration and burden the Operators. Thanks to robotization, we eliminate the risk of human errors that affect work safety and product quality. Industrial collaborative robots can be equipped with any tool to implement a variety of production processes. In addition, collaborative robots, thanks to built-in security functions, can work next to people in a small space without the need for changes in the production system. This is a huge advantage when robotizing existing factories and processes. Considering global trends, it should be stated that the automation of production lines and robotization of industry is a necessity today for all sizes of enterprises. 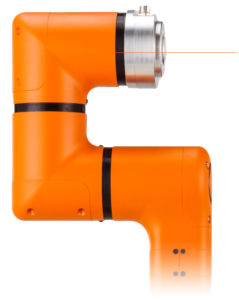 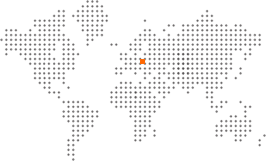